Thorough, accurate, structured, and honest: “We completed an entire transition based on M3 Consultancy's advice and organizational model” 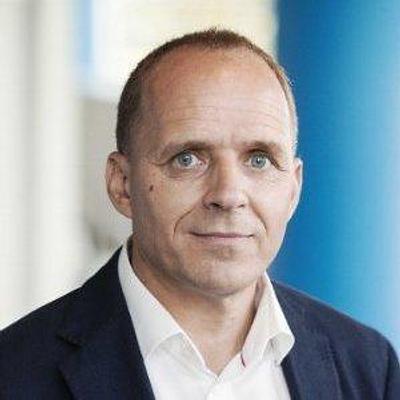 In conversation with Huub Vermeulen

"The assignment was intricate to say the least," says Huub Vermeulen, former CEO of Bol.com. "When we embarked on this transition, we had more than 2,000 employees. That means you can't take risks or achieve change overnight, as you shouldn't overlook anyone. It's paramount that you maintain an overview and are consistent throughout. So the consultants you work with should be thorough, accurate, structured, and honest. M3 Consultancy's experts are all those things.

"First, they carefully listened to our ideas, weighing each to ensure we wouldn't include any conflicting concepts. They clearly explained which ideas were viable and what the potential outcomes looked like. Their advice helped us make well-considered choices, keeping the end goal in mind. Then they set up an organizational model, based on which we completed the entire transition."

“M3 Consultancy focused on the facts and made substantiated recommendations”

Huub was particularly happy with M3 Consultancy's objectivity and honesty: "When outsourcing consultancy assignments, you want to work with experts who tell you the truth — especially as a CEO. Consultants should acquire insights and share these with you, even if they're not in line with your expectations. I, for one, don't want to work with an external party that tells me what I want to hear. M3 Consultancy never did that. They listened to our opinions but ultimately focused on the facts. And based on factual information, they showed us the options and made substantiated recommendations. In my view, that made their contribution invaluable."

M3 Consultancy adopted the same approach when Bol.com hired its consultants to complete a logistics assignment: "They listed all the points we made, dived into the subject matter, and then reasoned based on logic. It forms the fundament for everything they do, and they're not afraid to communicate openly about their finding

“With the consultants' help, we brought the transition to a satisfactory conclusion”

What was the result of M3 Consultancy's efforts? "We were able to make well-considered choices that led us to set up a solid organizational model," says Huub. "It was quite the accomplishment, as we were dealing with complex questions. With M3 Consultancy's help, we brought the transition to a satisfactory conclusion."

According to Huub, the consultants combine their down-to-earth, hands-on attitude with an ability to empathize and analyze: "They listen to all stakeholders and understand people's emotions without being led by them. Their pragmatic approach results in quick, useful insights."

“I could trust that progress was being made”

Looking back, Huub concludes the entire process went very smoothly: "The consultants briefed me perfectly. I knew exactly what was going on but was never flooded with information. And I could trust that progress was being made."

Huub would definitely recommend working with M3 Consultancy: "If you want to gain insight into your current organization and create a clear-cut new organizational model, they're the go-to party. They'll help you complete the transition up to the decision-making stage. Don't expect to work with typical business consultants who mainly think at the conceptual level. M3 Consultancy lists the facts and helps you create a concrete plan which you can then roll out!"

“M3 Consultancy in five terms? 'Down to earth,' 'pragmatic,' 'transparent,' 'solution-oriented,' and 'honest.'”

What once started out as an online bookstore has developed into a powerful retailer platform where consumers can buy a wide range of products that meet their needs: Bol.com. The fast-growing company sells its own products as well as those of third parties — currently, more than 49,000 entrepreneurs offer their products via the platform. And Bol.com is far from done. Growth figures continue to shoot up, and the company has great ambitions for the future.

In the past four years, Bol.com has gone through a transitional phase while experiencing significant growth. The company believed it was time to adapt its organizational form, which needed to reflect its ambition: to turn the online store into a platform for retailers. It was a complex endeavor, as several senior executives would see their responsibilities shift while the jobs of hundreds of employees would change content wise.

Middle and top management had exchanged ideas at the overarching level, but structuring them to create a clear-cut plan proved difficult. Which positions will change? How to effectively translate theory into practice? And how to ensure consistency? Bol.com required an external expert to create a concrete plan for every department and sub department.

As Bol.com already knew M3 Consultancy, it scheduled an introductory meeting to discuss its needs. It quickly turned out M3 Consultancy was up for the job. The consultants had the right knowledge and experience, and their attitude seemed to be a great fit for Bol.com — they communicated in a clear, transparent, and objective way and seemed able to set up a structure for the company. The two parties decided to join forces and tackle Bol.com's comprehensive task.