Plane or train? What the aviation industry will look like post-COVID-19 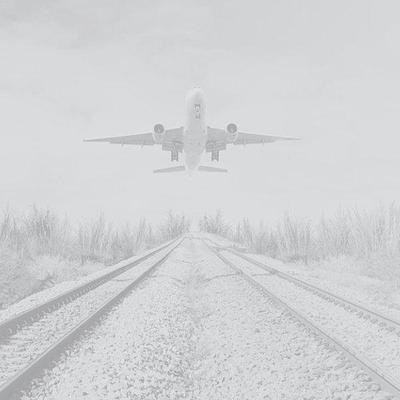 Now that the end of the corona crisis is in sight, aircraft engines across the globe are gradually beginning to roar again. The question is, will the aviation industry go back to pre-COVID-19 levels? Overall, we believe the answer is yes.

During the pandemic, we've grown used to organizing video meetings. And we've experienced the convenience of consulting with co-workers, partners, and suppliers anytime, anywhere. So, will we continue to meet remotely?

Sure — to some extent. For example, business executives might no longer jump on a plane and fly overseas just to sign a contract. With viable alternatives such as Zoom and Microsoft Teams, single day business trips will probably decrease in popularity. But how many people took such trips before COVID-19 hit? We're talking about the top segment here — which, admittedly, did spend a lot of money on business trips. Yet percentage wise, it's a small elite group.

Of course, traditional airline companies that heavily depended on this top segment (or intercontinental travel) might see their profits drop as a result. They'll have to reinvent themselves, as they can't compensate for it by raising their prices — after all, they should be able to compete with low-cost carriers, which will likely go back to business as usual. For leisure trips will once again thrive. People still feel a strong urge to fly out to holiday destinations. And at an international level, the aviation industry has not yet peaked: the total number of passengers and kilometers flown will continue to grow. Take China, for example, where domestic air travel numbers surpassed 2019 levels in the first half of 2021.

We do expect 'leisure/business' trips to revive post-COVID-19. After all, employees will want to attend conferences and fairs again. Such events make their jobs interesting, and no one can do without a little in-person networking.

Why not take the train?

Environmental concerns may raise another question: Why wouldn't people travel by train rather than aircraft?

The truth is, it's not a good alternative. Compared to airplanes, trains have much lower emissions per passenger and per kilometer. But the construction of railways results in significant emissions. If direct rail lines would have to replace all airline routes, we'd need an infeasible amount of them. And if we don't opt for direct rail lines, travel by train will often involve the use of multiple lines. Combined with the lower speed that characterizes train travel, that would result in much longer journeys.

What about new high-speed railway lines that are supposed to make passengers favor train travel over air travel? If we look at the Madrid-Barcelona route, it is quite popular, but it hasn't reduced the number of people flying between these two cities.

Some may argue that airlines are subsidized. But so is the railway industry — particularly when it comes to constructing and maintaining railway lines. Of course, there is no VAT on plane tickets or excise tax on kerosene. However, if both travel modes were fully taxed and all subsidies were withdrawn, an airline ticket from Amsterdam to Barcelona might increase from 70 to 100 euros, while a train ticket price might be raised from 300 to 550 euros. So, air travel is much cheaper.

Currently, the development of sustainable aircraft fuels is picking up pace. Sustainably generated electricity, water, and carbon dioxide captured from the air are required to create these fuels. Once they're fully developed (at scale), they'd make for a cost-effective, environmentally friendly alternative to fossil fuels. In theory, that means aircraft could fly without emitting any new CO2.

Briefly put, trains are pleasant and comfortable, but they can generally substitute a mere 2-5% of air travel. It takes 20-30 years to construct new high-speed railway tracks. Even if we'd take on this task and find a way not to emit CO2 during the process, the world will have changed by the time they're ready to use: trains will have to compete against sustainable aircraft fuels, hydrogen, or electric batteries in aviation. And the aviation industry will most likely have grown!

Will PostNL Food become the go-to platform for buying your fresh groceries?

Read More from Will PostNL Food become the go-to platform for buying your fresh groceries?

How COVID-19 has changed our travel behavior: 4 striking summer trends

Read More from How COVID-19 has changed our travel behavior: 4 striking summer trends