What are the benefits of electric flying? 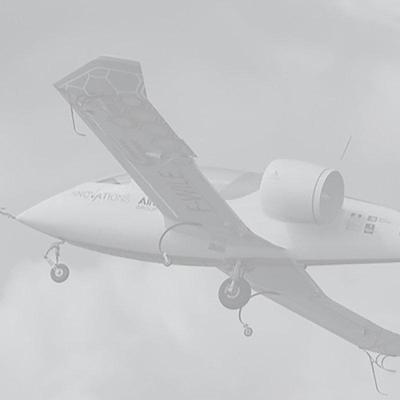 Last week, Power Up was introduced. The goal: to test commercial (scheduled) flights with electric-powered aircraft within five years. Three regional Dutch airports have set up the initiative, supported by Schiphol Group and NLR. M3 Consultancy is a partner in the project.

In this blog post, we'll have a closer look at the 'why' of electric flying. What benefits will it bring to passengers and to society at large?

Zero-emission technologies: a world of possibilities

Sustainability is increasingly important in the aviation sector. CO2 emissions need to be reduced, both in the air and on the ground. A range of initiatives aim to achieve this goal — from flying on sustainable aviation fuels to electric taxiing.

Electric flying, however, won't contribute significantly to reducing aviation CO2 emissions. Yet it will be extremely relevant. To understand why this is the case, we need to have a closer look at the technical and economic impact of the latest zero-emission technologies. M3 Consultancy's research on the topic shows that battery-powered electric flying is a lot cheaper than flying similar-sized fossil fuel-powered aircraft (despite the cost of replacing batteries), because fuel and maintenance costs are lower.

Here's what this means: short-distance routes with just a few passengers may become economically feasible. Initially, we’ll be limited to 9- to 19-seater aircraft for distances up to 500 km due to battery constraints. Later, larger aircraft and longer routes are expected to be achievable. As a result, new possibilities will open up. For example, previously non-existing flight connections between regions may be opened. Furthermore, there will hardly be any particulate matter or noise pollution outside the airport perimeters because of new propulsion techniques.

Electric flying will result in a new, complementary form of mobility. It may be a great alternative to long or busy car routes and train routes with several transfers. It could help reduce car emissions when cars are not fully electric. Moreover, the expected electricity consumption of electric aircraft per passenger will be lower than that of electric cars that carry less than three people.

Flying will be a different experience: it will take much less time to arrive at the regional airport around the corner, you won't need to be at the airport hours before the flight, and boarding and disembarking flights will be a breeze. On top of that, flying will be more comfortable, as you won't be bothered by an overwhelming noise, and you'll arrive closer to your destination.

At a broader level, electric flying will considerably improve the accessibility and economic development of several regions. A recent NASA publication confirms the significant social value of regional air connectivity.

The number of initiatives aimed at implementing electric flying grows rapidly. Within the next five years, the Netherlands is expected to embrace the concept, too. In fact, the first electric (training) aircraft is already up in the air! Power Up helps Dutch airports prepare for this technology and accelerate it where possible.