'Power Up' and the feasibility of zero-emission regional air mobility: research findings and vision of the future 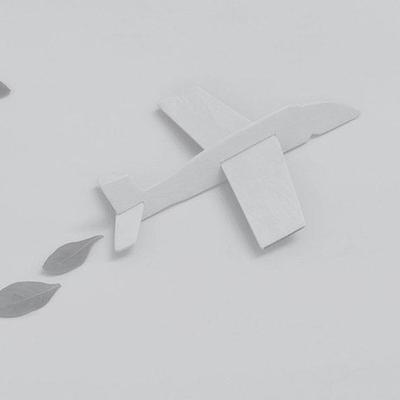 The term ‘sustainable aviation’ is often associated with making current flights more sustainable — an objective that revolves around sustainable aviation fuels and electrification of ground operations. But there’s another dimension to sustainable aviation: Can new low- or zero-emission technologies be leveraged to enable fast air travel and improve the connectivity of regions? What is the technical and economic feasibility of this way of traveling, which we refer to as (near-)zero-emission regional air mobility? Is it possible to fly with small battery, hydrogen, or hybrid electric aircraft in a(n) (almost) fully sustainable way — using small aircraft for 300 to 500 km distances, only to gradually expand the possibilities?

M3 Consultancy has conducted several feasibility studies, creating a foundation for the launch of Power Up. Set up by the four main regional Dutch airports (with the support of Schiphol Group and other partners), the initiative aims to accelerate the introduction of this segment in the Netherlands. The plan is to have the first commercial passengers travel between regional airports in the Netherlands in 2026 as part of a proof of concept.

Before committing to a timeline and deciding on how to make this happen, Power Up was keen to get the most recent insights into the market’s current state and expectations. Furthermore, it was important to understand the options regarding the structuring of the contractual relations. In the past few months, I have built my internship around answering these questions. My research consisted of 4 steps, which I’ll briefly discuss below.

First, I reviewed some literature on the subject. As an aerospace engineering major, I have access to materials, and I found it important to lay a theoretical foundation for the next steps, which were more practical in nature.

OEMS are key stakeholders, as they actually build aircraft. In sustainable aviation, there's a myriad of small players. These start-ups and scale-ups have adopted different approaches. Some believe battery electric aircraft is the way to go, while others are convinced it's hydrogen. That is why we conducted interviews with a range of such parties: we wanted to get an idea of what's going in the market and where OEMs believe we're headed.

After gathering input, it was time for a thorough analysis. The conclusion: electric aircraft will become available between 2025 and 2035, but it's not yet clear which technologies will be used. Our initial hypothesis was that the industry would ultimately settle on one technology, but based on our research, that probably won't happen. Different players will likely choose different options.

Equipped with substantiated knowledge, we entered the fourth step. Currently, we're talking to operators to discuss a solid proof of concept (POC) that will be launched in 2026. The idea is that flights will be operated between regional Dutch airports on a daily basis over the course of two years. During our conversations with operators, we try to unearth opportunities in the market and list the requirements for realizing Power Up's POC. By the end of this month, we expect to complete this step.

We plan on using the output of our research to create a clear roadmap for Power Up, which will provide guidance in the coming years. Based on our research findings, we believe sustainable aviation has real potential for smaller aircraft that's suitable for short-distance flights. That's not to say larger aircraft won't switch to electric flying at some point. But in the near future, regional airports — and, therefore, Power Up — can play a crucial role in realizing sustainable goals in aviation.