Not drones, but AGVs will forever change last-mile parcel delivery

In the next 10 years, autonomous vehicles will drastically change last-mile parcel delivery. It is expected that they will deliver close to 100 percent of X2C volumes. 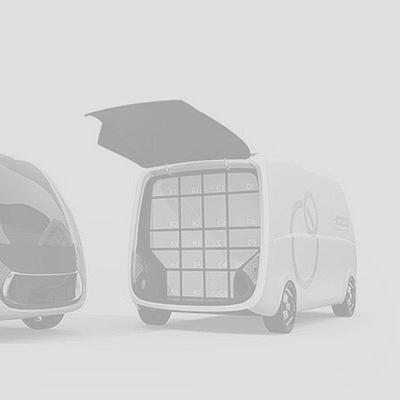 In the next 10 years, autonomous vehicles will drastically change last-mile parcel delivery. It is expected that they will deliver close to 100 percent of X2C volumes. This can occur in many forms: semi-autonomous ground vehicles, autonomous ground vehicles (AGVs), which can best be described as self-driving lockers, droids that can deliver one regular parcel, and delivery drones. Nearly every company that manufactures self-driving cars is working on delivery services, while commercial drone delivery is already taking flight in China.

Why focus on autonomous vehicle delivery?

The answer is simple: autonomous delivery offers higher degrees of flexibility and reliability at lower cost. In the current last-mile delivery, labor costs are the highest expenses - in the Netherlands, they form 80% of the total cost per delivery for a regular parcel. If an operator can simultaneously control multiple autonomous vehicles, their labor costs can be spread over several parcels, significantly reducing the delivery cost per parcel.

Do the math, discover the benefits

Cost wise, the use of AGVs in last-mile delivery is an attractive option, even for small players who have just entered the market. Our self-developed last-mile delivery cost model shows that with the network density of PostNL, the current total delivery cost per regular parcel is about 1.20 euros (0.96 euros for labor costs, 0.04 euros for fuel, 0.09 euros for capital costs, and 0.11 for other costs). Assuming that the network density and capital costs remain unchanged, the delivery cost per parcel will be reduced by 40 percent (0.70 euros) in the case of 2 AGVs per operator, and up to 75 percent (0.30 euros) per parcel in the case of 10 AGVs per operator.

The substantial reduction in labor costs offers room for growth in capital and other costs. If companies use only 4 AGVs per operator, these can already increase by factor of 5. If there are 10 AGVs per operator, and capital and other costs are increased by factor of 3, a network density of 15 percent of the current PostNL network would suffice to deliver parcels at a competitive rate compared to regular delivery. Even for a new disruptive player in this ever-growing market, it seems feasible.

Besides their limited practical applicability and technical limitations, the potential of drones in last-mile delivery is small due to their relatively long flight time per delivery. Since the operator's labor costs as well as other expenses are driven by flight time, the delivery cost per parcel could not be competitive compared to last-mile delivery with AGVs, regardless of the number of drones per operator. This is even the case if you would reduce a drone’s current capital costs by 50 percent or double its lifespan, despite the fact that drone delivery is more favorable from a sustainability perspective, as the number of ton-kilometers per parcel and the related energy need are 15 times smaller.

Therefore, AGVs with lockers will dominate the future street scene in urban areas. Drone delivery will only be used for quick and reliable deliveries in areas with a low network density. In those cases, choosing drones over AGVs is more profitable.

All the above will likely be realized and accepted, as soon as the law, technology, and consumers join forces and move ahead together!