From Russian gas to LNG: can Europe’s infrastructure handle the switch?

Time to brace ourselves for 2023. The plan is to switch from Russian gas to LNG. But can Europe’s infrastructure handle it? 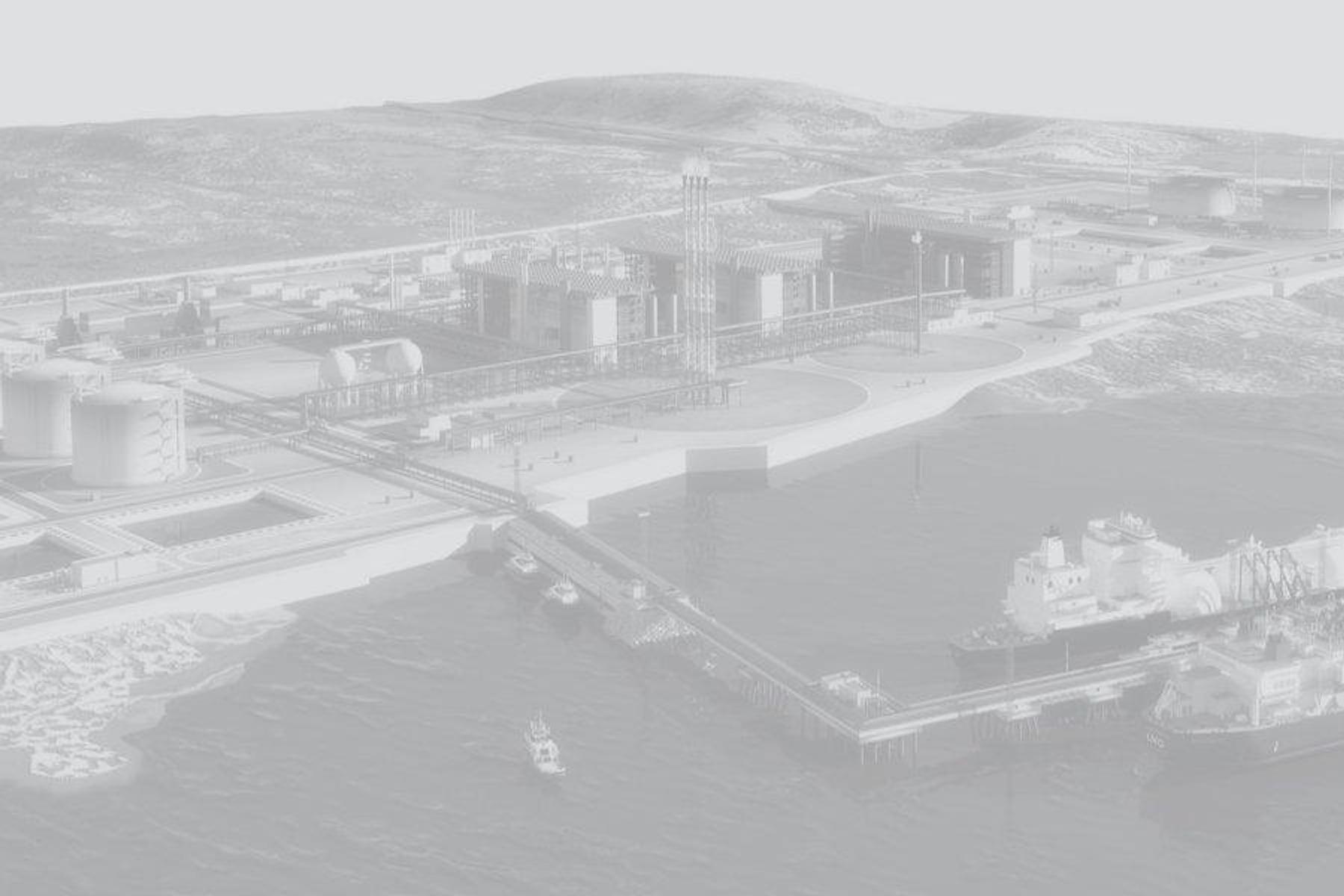 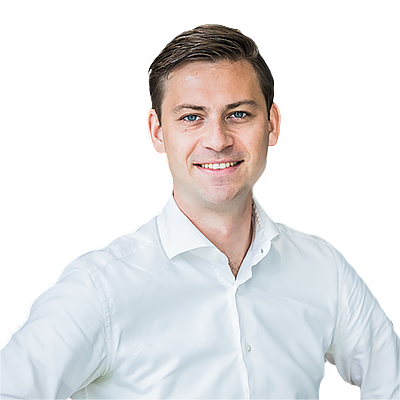 It’s been highlighted over and over in the media: Europe’s dependency on Russia when it comes to gas. In the past few months, gas prices have skyrocketed and inflation has taken over the news. And the end is not yet in sight. It looks like we need to brace ourselves for next year. For what if gas supplies from Russia will come to complete halt in 2023? That’s a highly likely scenario — and it means we’ll have to get 140 bcm from elsewhere, which equals 14% of the global gas volume.

To solve this problem, Europe wants to double down on importing liquefied natural gas (LNG). This will result in a 30-percent increase in the global demand for LNG, which will affect gas prices in 2023. Enhancing supply at such short notice is very difficult. Besides, we’ll have to see if Europe has the logistical infrastructure required to import this volume of LNG in the first place.

First, let’s provide some context on that number: 140 bcm. It merely represents gas supplied via pipelines. What about the 15 bcm of liquefied natural gas (LNG) Europe usually imports from Russia every year?

Of course Europe has several alternatives, like the North Sea, Norway, and Algeria. But it needs a lot more than what they can provide. Moreover, not all existing pipelines can be used, as some are closed or need maintenance.

That means Europe has to double down on importing LNG from other continents, which involves quite the process. Particularly the U.S. and Qatar are eager to meet Europe’s increased demand for LNG. After having been transported on ships in liquefied form (which allows for transporting higher volumes), LNG needs to be regasified, which can only be done at special terminals. Once it’s regasified, it should be transported to European areas that don’t have LNG import terminals or aren’t near the ocean at all. This needs to be done via the pipeline network available to Europe.

At first sight, this seems to be the perfect solution. According to the European Network of Transmission System Operations for Gas (ENTSOG), Europe has an import capacity for 260 bcm. The problem is, it does so in theory.

The reality is that each port has a maximum annual capacity, which poses limitations. But, more importantly, once LNG has been regasified, it should be transported to the European mainland — and the ports involved are connected to a pipeline network with limited cross-border pipeline capacity. It can’t provide the rest of Europe with sufficient amounts of gas to replace 155 bcm from Russia.

The essence of the problem is that the design of our pipeline network — the infrastructure required to transport regasified gas — is fully tailored to transporting gas from Russia, the North Sea, Norway, and Algeria to the rest of Europe. It’s not suitable for transporting these major volumes of gas from the different LNG import terminals to other European areas. 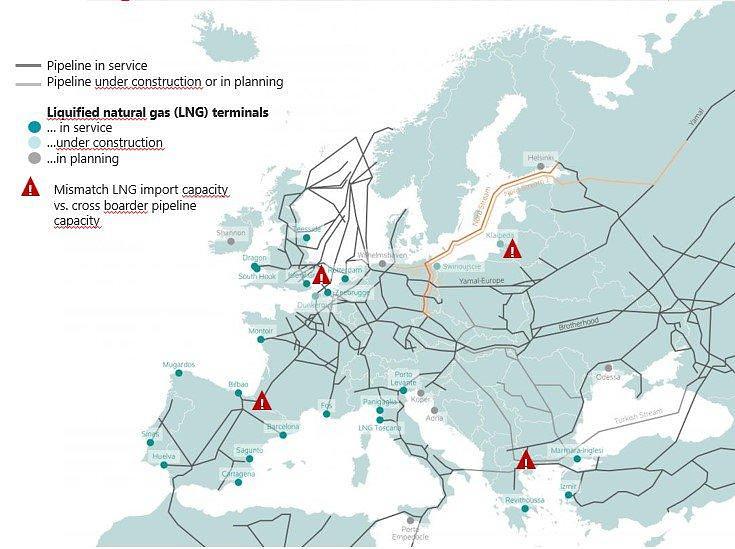 Here’s one example that clarifies the problem. As you can see in Figure 1, a map of Europe that shows LNG import terminals and the pipeline network, Germany — the largest consumer of gas in Europe — used 90 bcm in 2019. However, the country doesn’t have any LNG import terminals. So, gas should be transported to several European ports and distributed to Germany via pipelines.

Another complication — as shown in Figure 1 (above) and Graph 1 (below) — is that half of Europe’s import capacity is in Spain and the U.K., but each of these countries is connected to the rest of Europe through one pipeline. Although they have a joint import capacity of 135 bcm per year — which is more than 50% of Europe’s total import capacity — the cross-border pipeline infrastructure allows them to provide Europe’s mainland with a mere total of 33 bcm per year.

Given Europe’s import capacity for LNG (see Table 1 below), we should consider two aspects that limit Europe’s capability to use imported LNG as a substitute for Russian gas:

1. Terminals Each country currently uses part of its import capacity. This limits the capacity available for importing LNG as a substitute for Russian gas.

2. Pipeline infrastructure The cross-border pipeline network has not been designed to transfer these volumes of gas from LNG import countries to Europe’s mainland.

If we take these limitations into account, the maximum available import capacity is approximately 100 bcm per year. That leaves Europe with an annual 55 bcm shortfall to fulfill its demand for natural gas. The question is, how to meet that demand?

The European Union is reaching into its pockets to have mobile factories dock in the right ports. If everything goes according to plan, 10 of these ships will have docked in large European ports by the end of 2023. There, LNG will be regasified, after which gas will be transported to the mainland via pipelines.

Additionally, the EU is building five new import terminals. But it will take a while before these can be used.

So before things get better, they will likely get worse. Until summer 2023, gas will become even more scarce — and, therefore, more expensive. Both the U.S. and Qatar will be able to supply LNG. But they need some time. And of course, the EU should be able to actually import all that gas once it’s available.