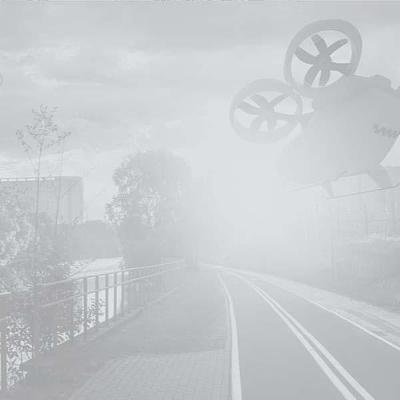 In previous blog posts, I've written about electric aircraft, which will likely yield market, economic, and environmental benefits in the near future. But what about urban air mobility technology that is based on vertical takeoff and landing?

The opportunities of electric aircraft

Electric aircraft have electric motors powered by batteries, hydrogen, or hybrid technology. They require a (short) runway for takeoff and landing. Based on our research, we expect eCTOL (electrically-powered conventional-takeoff-and-landing) aircraft with a capacity of 9-19 passengers and an ultimate range of up to 500+ km to enable direct connections between regions, as total journey costs will be significantly lower. Although the cost per seat will be higher than that of aircraft with 100+ seats, time savings will be considerable when departing from a nearby regional airport, making it a very appealing option — especially to those who value time.

This type of aircraft represents an entirely new, complementary form of mobility, and we believe there are real market opportunities for it, which will increase within the next 5 to 7 years.

An alternative technology that currently sparks the interest of quite some investors is based on vertical takeoff and landing. OEMs expect the first eVTOL (electrically-powered vertical-takeoff-and-landing) aircraft with a capacity of 2-7 passengers and a range of approximately 100 km to be introduced for commercial operations between 2023 and 2025.

As batteries continue to be improved, the range might very well expand to 150-200 km in the long term (after 2030). These eVTOL aircraft will partly be used as a replacement for current helicopter flights. Benefits include reduced costs, CO2 emissions, and noise pollution.

While everyone can imagine the relevance for offshore flights and medical emergency services, intercity transportation and airport shuttle services are brand-new 'air taxi use cases' for eVTOLs (at least for the Dutch market).

The question is, are OEMs painting a realistic picture of eVTOL aircraft and its potential role in future mobility? Or are we dealing with a technology hype in terms of technical opportunities, battery performance, costs, and timing?

Let's talk about timing first. The technology behind air taxis is still in its infancy. Although the first test flights are flown, the road to commercial passenger flights is paved with complex certification steps. We expect it won't be possible to go down that road until 2026 — 2030.

As for battery performance, energy consumption and power requirements will be significantly higher for eVTOL aircraft than for eCTOL aircraft. Our analysis points out that current batteries do not meet the requirements needed for the projected range and payload performance indicated by OEMs. Our validation shows that flights with a capacity of 5-7 passengers and a range of >200 km will even be impossible — at least in the foreseeable future.

What about the infrastructure? As with all transportation systems, scale is key. To make optimal use of VTOL networks, we will need a lot of vertiports. Although today, there are quite a few airports and heliports in the Netherlands, the density doesn't meet scale requirements — which means we won't achieve an attractive cost level and sufficient time savings.

So, we will need new vertiports. Though initiatives to create a network of vertiports have been launched in several countries (such as Spain and the UK), obtaining the required licenses poses significant challenges, especially in denser areas. What complicates the matter further is that the technology — in terms of operations performance, safety, and noise profile — has not yet proven itself 100%. On top of that, investments in vertiports (no matter how small) only pay off at a minimum of 50 flight movements per day.

However, eVTOL flights will result in a lower cost per passenger compared to current helicopter connections. And in the long term, we believe they'll even be able to compete with long-distance taxi rides on routes where land-based transportation is cumbersome and time savings are relevant. On the other hand, when it comes to longer ranges, an eVTOL connection is twice as expensive as its eCTOL counterpart. That means eVTOL air taxi services will mainly work for city-to-city transportation and specific shuttle services, and they won’t add value for those who offer airport-to-airport services.

Finally, it is fair to question the desirability of many additional vehicles moving through the air at all. Our initial calculations show that the electricity consumption of a ride sharing air taxi will be in the range of one person driving an electric car. Unlike electric cars and rail transportation vehicles, air taxis emit no particulate matter. They are expected to meet the same safety standards as commercial aviation, while their accident rate will be substantially lower than that of road transportation. Finally, early tests indicate that the noise level of air taxis will be lower than background noise andthe sound levels of trucks and busses passing at a 15-meter distance. We consider low noise levels to be a precondition for the acceptance of air taxis.

In conclusion, air taxis will likely be relevant in future mobility, especially where shorter distances are concerned. When it comes to replacing existing helicopter connections or creating new intercity, airport shuttle, and island services, there are sufficient relevant use cases (in the Netherlands, too) to justify investments in the development of this technology. We'll have to wait until after 2030 — 2035 for a wider application of it. Nevertheless, we recommend that transportation service providers, infrastructure owners, and policymakers start thinking about possible scenarios now, considering how and when this new type of mobility may affect their decisions.